I use up fabric after finishing a project by making 12" blocks. Most of the time there is not quite enough to make another bigger project.  Since I have already spent the time coordinating the fabrics, I would like to keep the fabrics together. Keeping that in mind,  I cut the fabrics into one of the following sized squares 4.5", 3.5", 3" and 2.5".  I use the strips less than 2.5" to make a string pieced 12" block.

One of string pieced blocks can be used to make a evening purse. 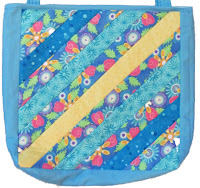 Two of string pieced blocks can be used to make a tote bag. 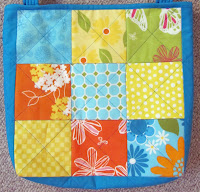 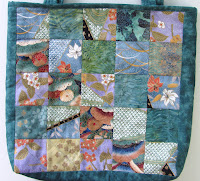 Two of the 25 patch blocks can be used to make a tote bags.
The 25 patch blocks are made from twenty five 3" squares. This block will actually be 13" with seam allowances. If I am using it in a tote bags I don't worry about the size.  If I use this block in a quilt with other 12" finished blocks, then I trim the block to 12.5".  Visually it is very hard to see that the squares on edges are not squares.

Three of these blocks can be used to make a table runner.
For this table runner, I used 3 of the blocks made with 3.5" squares. I used a strip of fabric that I had left over from the back of a quilt that just happened to be 12.5" wide. I cut 3 squares 12.5". Cut 2 of the squares in half once on the diagonal for the inset side triangles. Cut the remaining square twice on the diagonal for the 4 corner triangles.  If I had more fabric, I would have cut the inset triangle blocks slightly larger so the points on the 16 patch don't get cut off.

Since I didn't have a fabric that worked well for the back of the quilt, I used 7 black fat eighths and sewed them together for the back. I used a solid black fabric for the binding.

This table runner was made left over fabrics in my stash and I didn't have to purchase any fabric to make it.   If you would like the pattern for this table runner click on this link 16 Patch Table Runner Quilt Pattern.

Five of the blocks can be used to make a table runner.
Cut 2 of the blocks in half on the diagonal to make the inset triangles.  Note that the one of the inset triangle blocks was a 16 patch and the other 4 blocks were 9 patches.  As with the table runner above, the vertical points are cut off by a small amount.  If I had one more block with these colors, I could have used it for the corners.  Instead I just left the corner blocks off so that the table runner had pointed ends.

The lap quilt was made with 9 twenty five patch blocks.  I use a printed fabric for the blocks down the center, and a different printed fabric for the inset blocks. I added a small border on the sides to make the quilt a little wider so it worked better as a lap quilt. I cut one of the 25 patch blocks in half twice for the corners. Once again, I used fabrics from my stash.

This last quilt was made with 24 blocks.  It is sometime hard to find 24 blocks that coordinate.  Since all of the blocks had some black in them, it was made easier in this case.  Some of the blocks are 25 patches, some 16 patches, some 12 patches and some are string pieced.  This quilt was constructed using a quilt as you go technique.  Each of the blocks has a different black print fabric on the back.  Once again, all of the fabrics are from my stash.
I hope you enjoyed seeing what is possible using simple blocks and the variety of things you can do with the blocks.  I do have to admit that I have over 100 blocks that have yet to be made into projects.  I also have lots of squares in the sizes I mentioned, waiting to be made into blocks.  There just never seems to be enough time.
Posted by Castilleja Cotton at 3:49 PM

Widgets for Etsy Sellers
Powered By

Promote Your Page Too 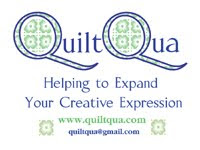 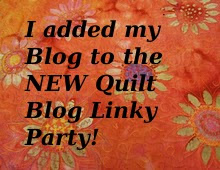